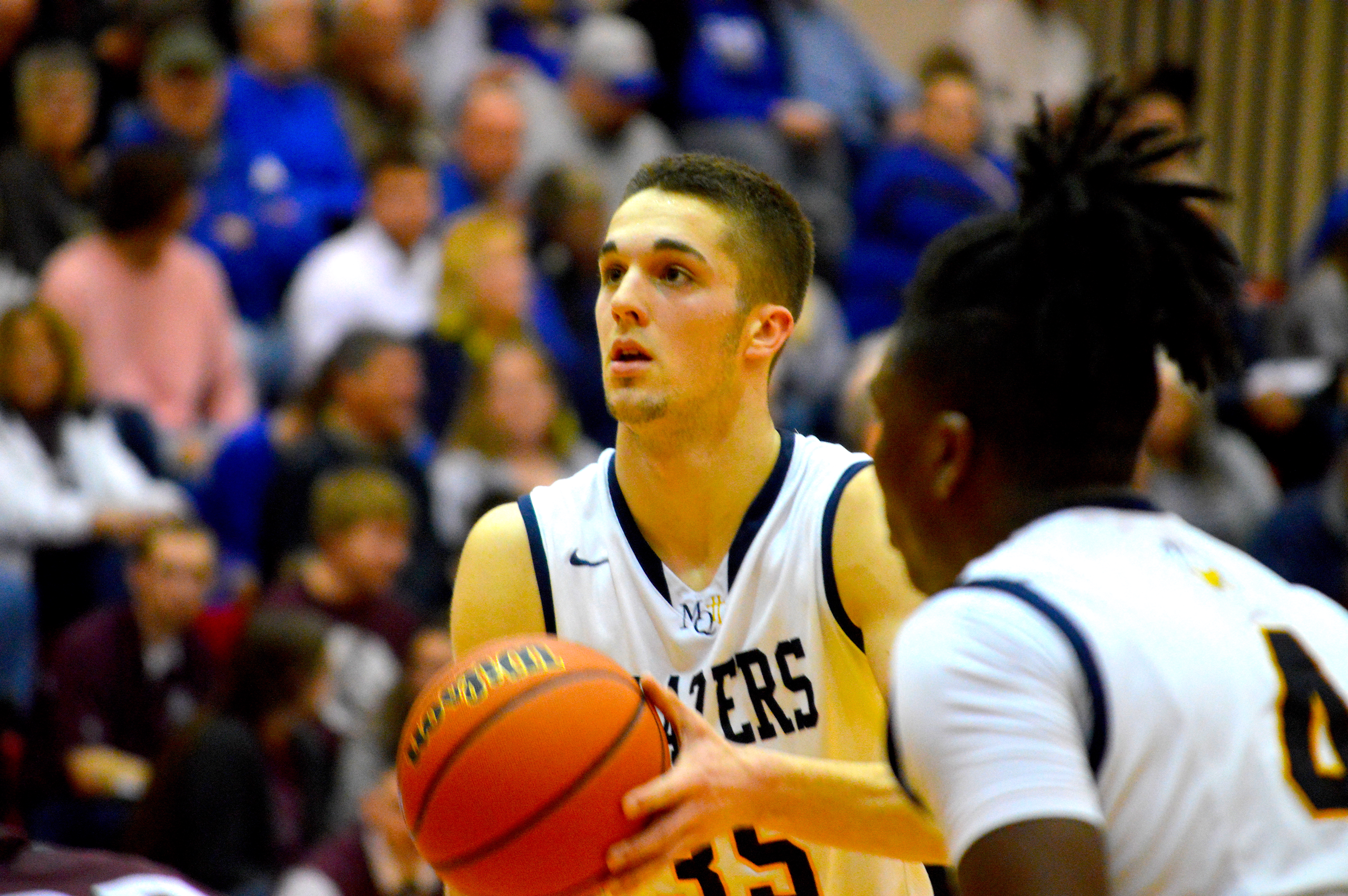 Joe Andershock and Colin Kenney teamed up to score 51 points Thursday night as Marquette improved to 12-8 following its 80-62 triumph over Illiana Christian at the Scholl Center.

Andershock hosted a shooting clinic in the third quarter – draining five treys – to help amend his career watermark in scoring with 26 points. It marked the senior’s second straight outing of 20 points or more. Andershock racked up 21 versus Hammond Clark last Friday.

Kenney accumulated 25 points of his own. The Furman commit scored from every part of the floor (4 two-pointers, 3 three-pointers, 8-12 FT).

Defense was the name of the game early on. The Blazers forced several Viking turnovers in the opening period to stake a 14-10 lead after eight minutes.

Kenney came alive in the second quarter after scoring just three in the first. He buried three triples and added a layup to keep Marquette on top 30-28 heading into halftime.

The offensive pace picked up considerably in the second half with the Blazers shooting lights out from near and far.

Andershock knocked down five three-pointers in the first five minutes of the third quarter. With all of Illiana Christian’s attention on Andershock, things opened right up for the rest of the Marquette offense.

Staab hit a three. Kenney added a pair of baskets. Tarnow and Jalen Russell found the bottom of the net.

The Blazer lead expanded to 58-44 by quarter’s end.

After shooting just 6-of-16 from the free-throw line through the first three frames, Marquette righted the ship by converting on nine of its 10 attempts in the final stanza.

Kenney boosted his scoring total thanks to a 7-for-8 quarter while Tarnow splashed both of his tries from the charity stripe.

Marquette (12-8) made 11 three-pointers on the night. In addition to his career-high 26 points, Andershock also tallied six steals and three assists.

The Blazers will close out the road portion of their schedule Tuesday evening when they visit Lake Central (9-11). Tip-off of the JV contest is set for 5:30 pm with varsity anticipated to get underway at 7 pm.