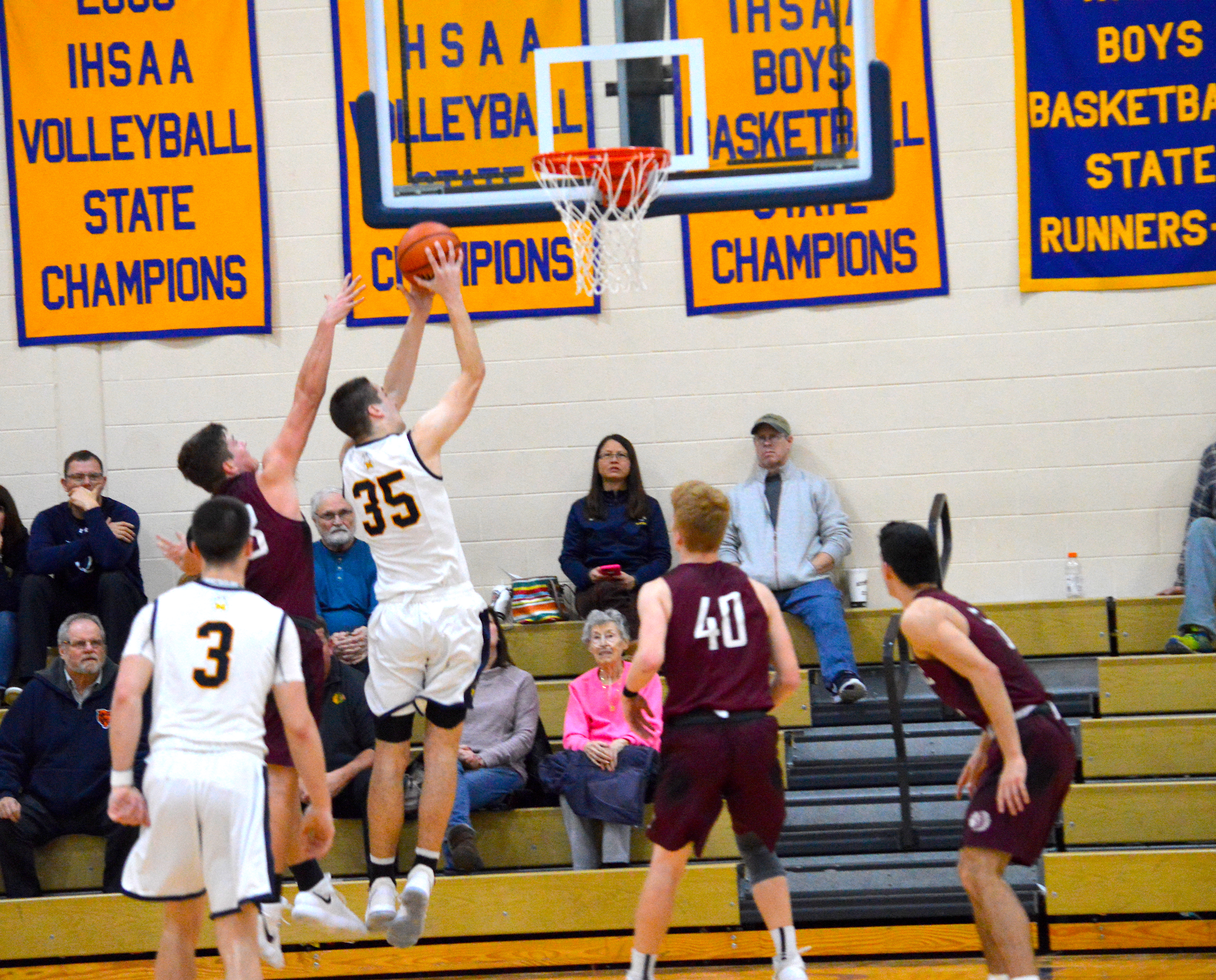 Senior Joe Andershock was one of four Blazers to finish in double figures. He scored the first four points for Marquette and added a three later in the frame to give Marquette an 18-8 lead after eight minutes.

Balanced scoring and stellar team defense enabled the Blazers to expand their advantage to 17 points by halftime. Senior Colin Kenney, who recorded six points in the first quarter, added six more in the second to lead all scorers at the break.

Senior Karsen Grott went off for seven points in the third quarter while junior Jake Tarnow chipped in six more as the Blazer cushion swelled to 52-30 entering the final frame.

Winamac, which was held to 30 points through 24 minutes, erupted for 34 over the final eight. The Warriors shrunk the deficit to two points with just over a minute to play, but Andershock and Kenney combined for 12 points in the fourth quarter to persevere for a 73-64 triumph.

Marquette shot 17-for-20 from the free-throw line as a team, including a clutch 11-for-12 in the final period.

Kenney’s 22 points were a team-high while Andershock was on his heels with 17. Tarnow finished with 14 points while Grott posted 12. Senior Dayn Staab accounted for the Blazers’ other eight.