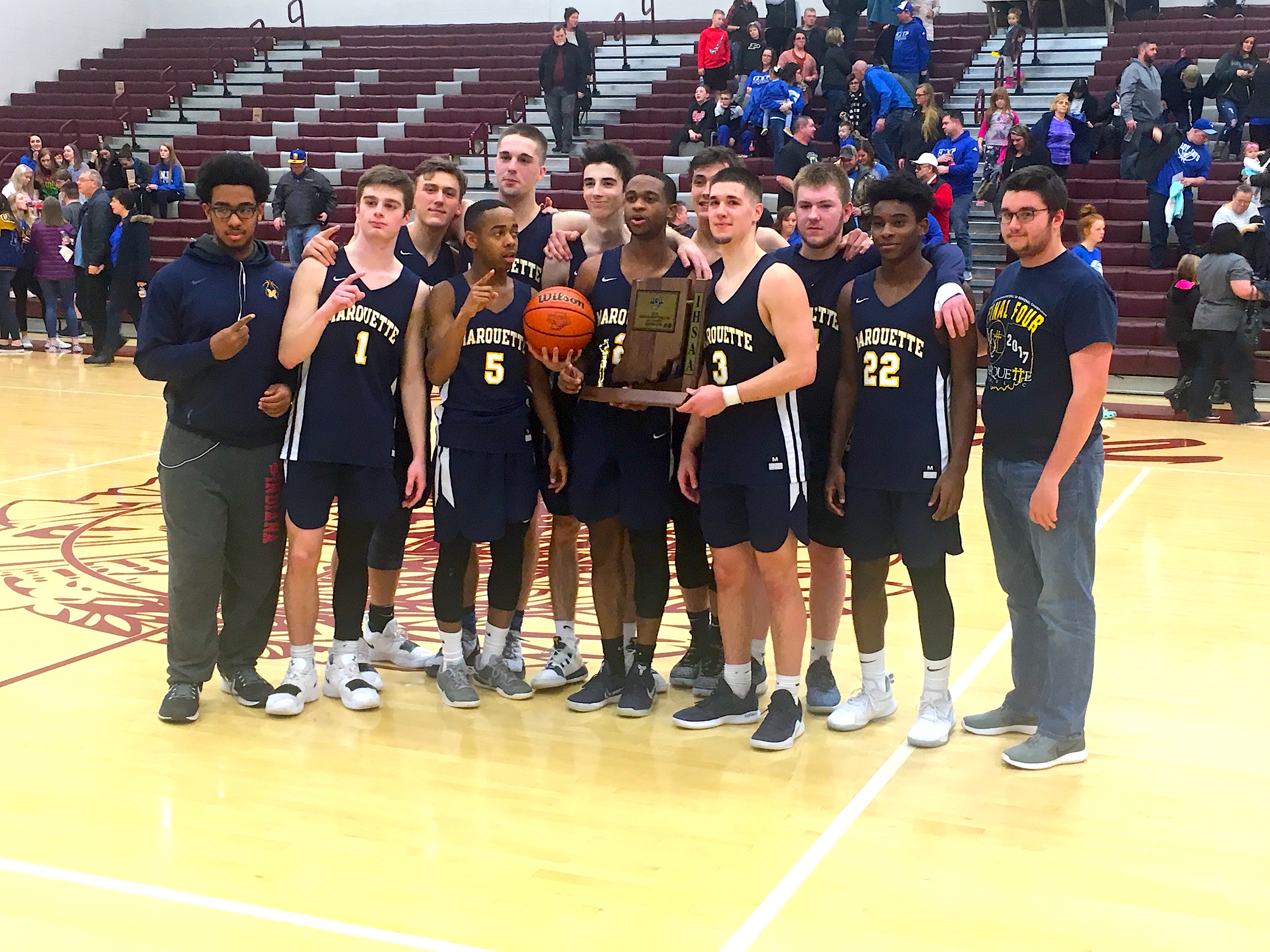 The 59-49 victory advanced the Blazers to Saturday’s North Judson Regional, where they’ll meet Andrean for the second consecutive year.

One night after reaching the 600-point plateau for the season, senior Colin Kenney led all scorers with 19 points. He accounted for five of Marquette’s nine treys on the evening. Senior Karsen Grott finished with 14 points, two off his career high. Classmate Joe Andershock was a perfect 6-for-6 from the charity stripe as part of a 10-point night.

Marquette opened Saturday’s final with a 7-0 surge only to have the Bluejays rattle off an 8-0 run of their own. North Judson’s blitz extended to 17-2 by the end of the first period.

The Blazers trailed by six toward the end of the opening half but recorded the last two scores of the quarter to make it a 25-23 game at halftime.

Kenney and Grott set the tone right out of the gate in the second half, knocking down back-to-back threes which put Marquette ahead by four. The Blazer duo combined for 16 points in a third quarter that saw several lead changes.

Marquette, which led 41-35 entering the final period, was a stout 8-for-11 from the foul line down the stretch to lock down the win. Kenney added his fifth and final three-pointer of the night to give the Blazers a comfortable cushion.

Marquette (16-8) will take on Andrean (17-8) on Saturday morning at North Judson-San Pierre High School. Tip-off time will be confirmed Monday.