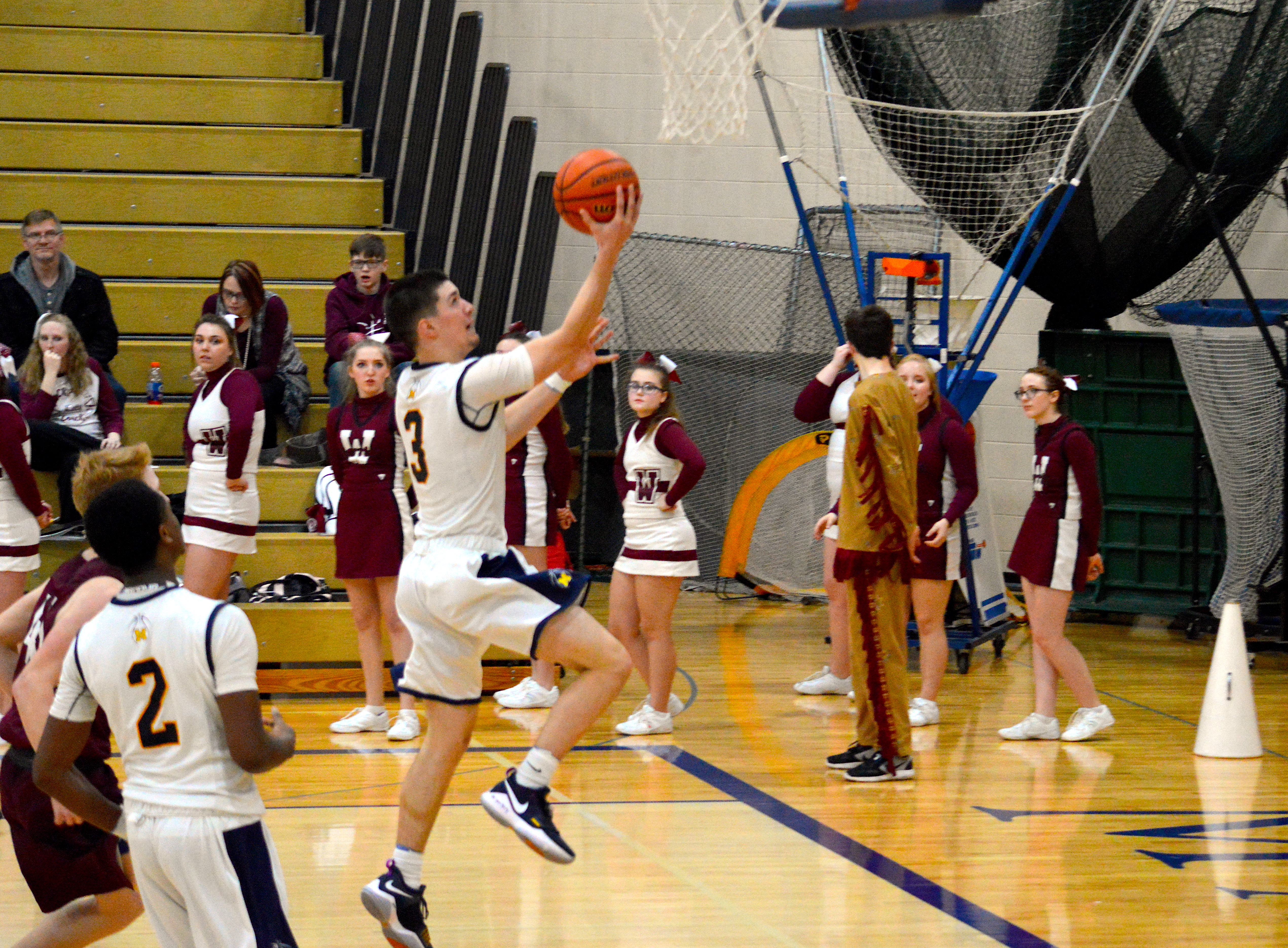 Senior Colin Kenney tied a career-high with eight three-pointers to post 35 points in a 76-65 road win at Lake Central.

Marquette led from tip-to-horn thanks to an early, effective perimeter attack. Kenney supplied three triples in the first quarter while Staab buried two. The Blazers raced out to a 21-15 lead after eight minutes.

Lake Central cut the margin to four points after another efficient offensive frame. Kenney found the bottom of the net twice from beyond the arc. Jalen Russell and Karsen Grott chipped in a pair of baskets each as Marquette led 39-35 at the break.

Kenney helped lock down the W for Marquette with 10 more points in the fourth quarter to lead all scorers with 35. Tuesday represented Kenney’s 12th career 30+ point game in a Blazer uniform. It was also the second time he drilled eight triples in a game – the other came on December 3rd, 2016 versus South Bend St. Joseph.

Marquette improved to 13-8 with the victory and will return to the Scholl Center on Friday to host Goshen (8-12) for Senior Night. The Blazers and RedHawks will get underway at 6 pm in a varsity-only tilt.