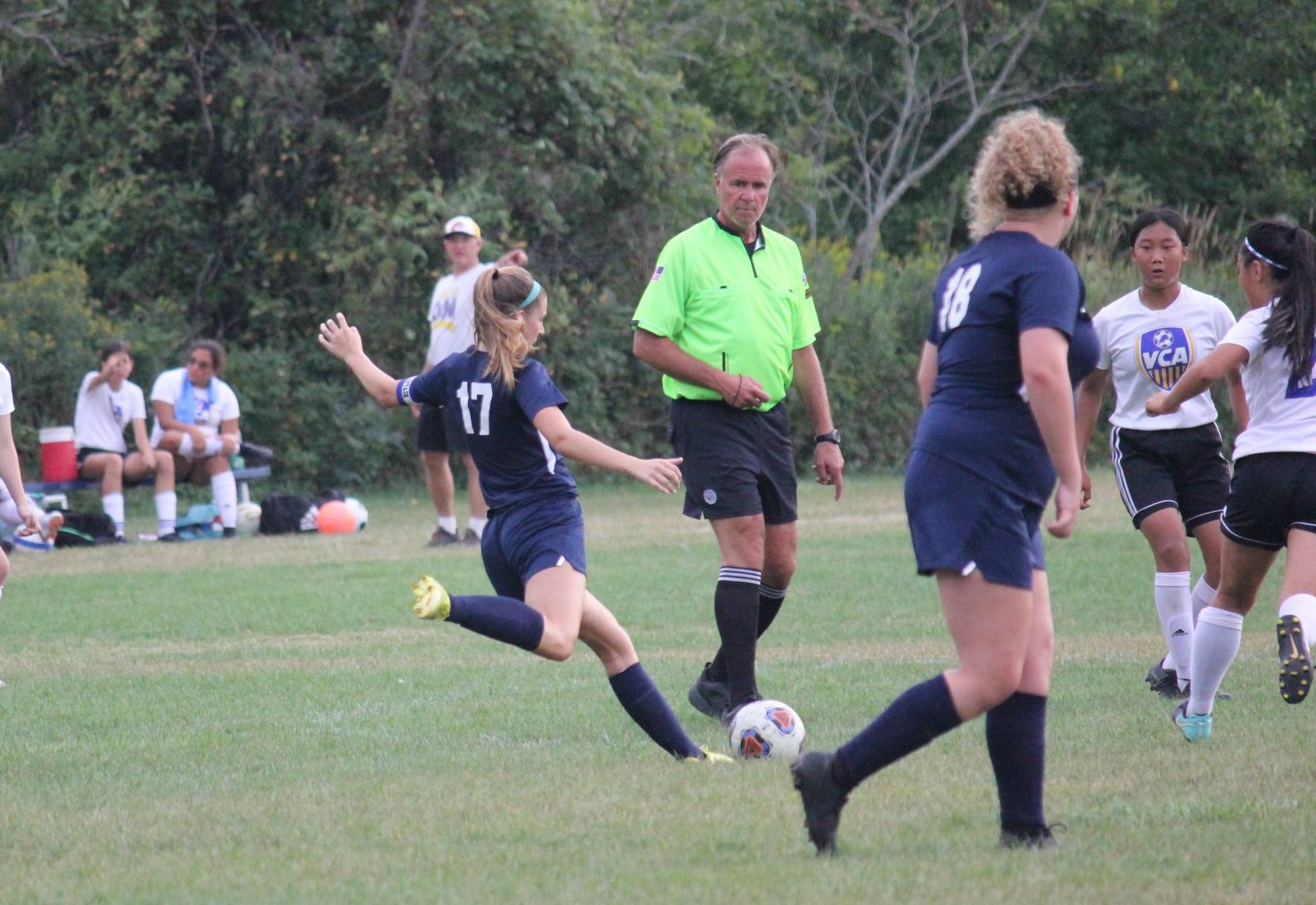 There’s no three, or two-point, arc in soccer, but if there were, Marquette’s margin of victory Wednesday would’ve been greater than the 3-0 final on the scoreboard.

Senior Maddie Rowley unleashed a pair of deep strikes as part of a two-goal night while classmate Riley Lindsey added another launch from outside the box for her fifth goal of the 2020 campaign.

Rowley opened the scoring in the 26th minute with a shot from the left side.

The 1-0 score held up until the 45th minute when Rowley again lofted one over the Westville keeper from outside the box, this time from the right side.

Sophomore Sydney Burroughs racked up 14 saves en route to her first shutout of the fall. Her stop on a Blackhawk breakaway in the 57th minute kept it a 2-0 match.

Senior Riley Lindsey made it 3-0 with 4:43 remaining in regulation after she sent a shot on net from 20-some yards out.

Marquette closes out the week Saturday morning at Hanover Central. The girls are slated to get underway at 10 am CT as part of a girls/boys doubleheader.