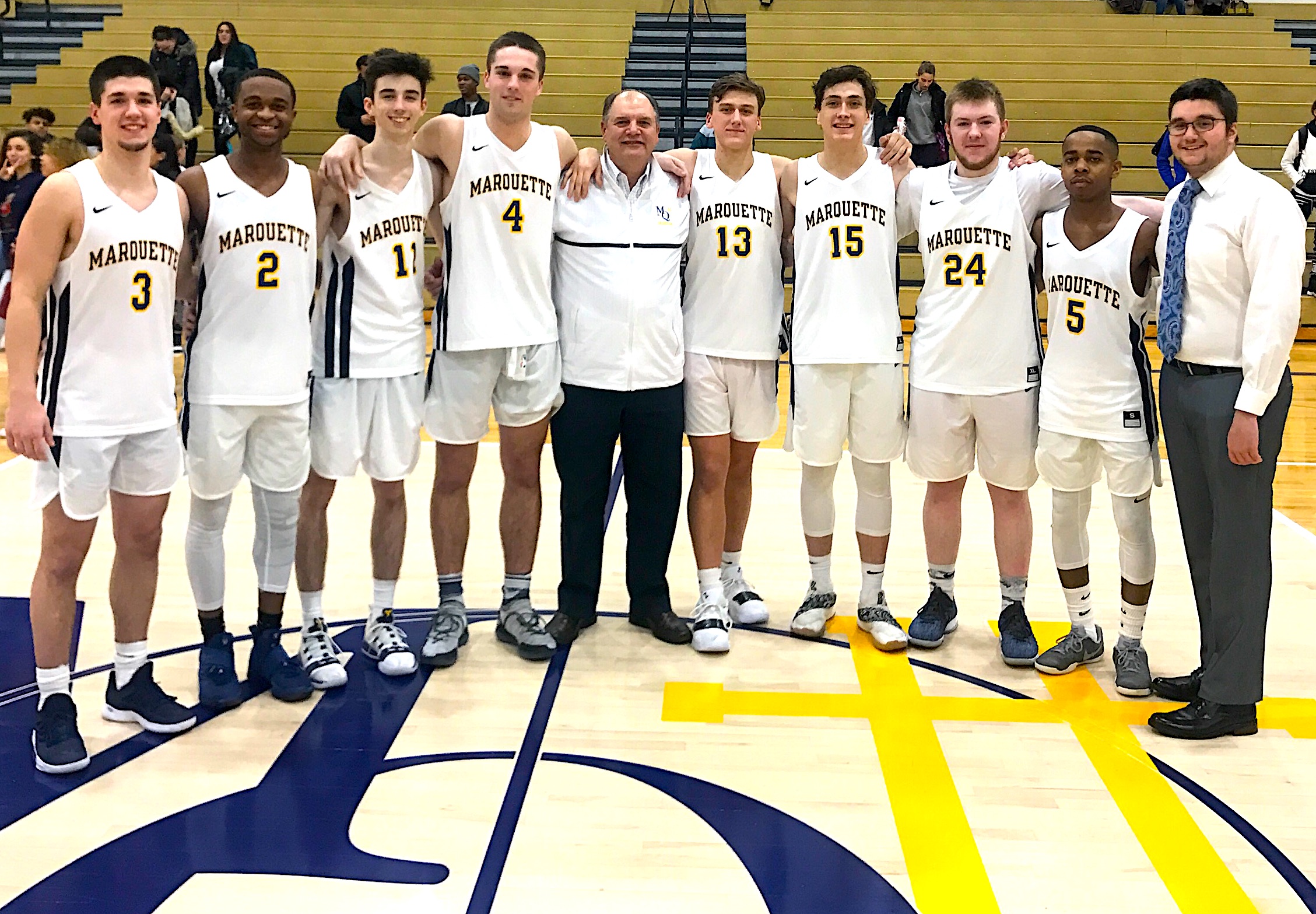 Marquette’s senior class combined for 60 points in a 65-51 triumph over Goshen on Senior Night at the Scholl Center on Friday.

Colin Kenney rattled off his 13th career 30+ point game as he led all scorers with 32. He hit six threes on the night, making it 14 on the week for the Furman commit.

Senior Dayn Staab got Marquette rolling early with five points on 2-of-2 shooting. After three first-quarter points, Kenney blitzed the RedHawk defense for 13 points in the second frame to shove the Blazer lead to 33-18 at the end of the first half. Karsen Grott accounted for four points in the second.

Kenney kept his foot on the gas in the third quarter torching Goshen for 12 more points. He drained his fifth and sixth triples of the night towards the close of the period. Classmate Joe Andershock chipped in four as Marquette coasted in the second half.

Six of Marquette’s eight senior players – Kenney, Staab, Andershock, Jalen Russell, Sidney Mahone, Zach Arthur – made their mark in the scoring column in the fourth quarter as the Blazers recorded a 65-51 win on Senior Night.

Following the game, Marquette honored its nine seniors – Kenney, Staab, Andershock, Russell, Grott, Mahone, Arthur, Robert Bartholomew, and Matt Malave. The Class of 2019 has now registered 65 wins over its four years, including a 30-7 (.811) record at the Scholl Center.

Marquette (14-8) kicks off sectional play next Friday at Winamac High School. The Blazers will play the winner of North Newton/Winamac at 6:30 pm ET/5:30 pm CT.